Education and health stand to gain 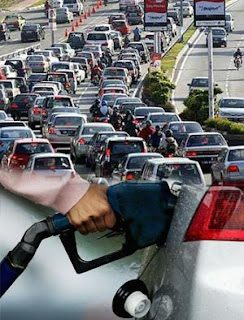 Malaysians have to finally face up to the fact that the years of living a subsidised lifestyle will be chipped away bit by bit, starting with the so-called "price rationalisation" for some goods announced yesterday.

But the government is trying to make it palatable, saying the huge savings will be used for education and health.

Prime Minister Najib Abdul Razak the measures that began yesterday as part of a gradual and selective removal of subsidies would have minimal impact on individual families but bring long-term benefits for the nation.

"The reduction in expenditure from these reforms will allow us to better use resources for families, communities and business growth."

For example, the more than RM750mil saved in expenditute this year would help fund the government scholarships that are guaranteed to all students scoring 9A+ and to other eligible students, he said.

In addition, the government would continue with the standardisation of prices of essential goods in Sabah and Sarawak to reduce the burden on the rural dwellers, Najib said yesterday.

"The government has made a difficult, but bold decision. By choosing to implement these modest subsidy reforms, we have taken a crucial step in the right direction towards meeting our commitment to reduce the fiscal deficit, without overburdening the Malaysian people.

"These measures are a demonstration of our fiscal responsibility. They will enhance Malaysia's financial stability, while also protecting the rakyat," he added.

This marked the beginning of the implementation of the government subsidy rationalisation programme which had been widely talked about in efforts to reduce the increasing national subsidy burden borne by the government, prevent smuggling and raise the competitiveness of the national economy.

Najib said the price rationalisation for fuel and sugar was the most minimal compared to the proposal by the Subsidy Rationalisation Lab because the government wanted to balance the public interest with the need to reduce the national deficit.

On the other hand, he said the subsidy for education and health would be maintained, and although there was rationalisation, the government still spent about RM7.82 billion annually on subsidy for fuel and sugar.

He said the government arrived at this decision following consultations with the people, not only with the policy makers in Putrajaya, but thousands of Malaysians through the Subsidy Rationalisation Lab Open Day, online voting, short messaging votes and feedback forms stating support for the review on the granting of subsidy in stages.

Najib said the granting of subsidy had to be reviewed to remove distortions in the marketplace and ensure that the subsidy was given to deserving groups.

"It is to enable us to better target our resources on those most in need, and on investments that will provide lasting benefits for Malaysians."

The decision to rationalise the prices of fuel and sugar was based on three main concerns, among which was the fact that all these subsidies did not meet the target, as it also benefited those who were ineligible such as foreigners and the wealthier Malaysians.

Excessive sugar subsidy benefited the industry instead of the family because the business sector used almost twice as much subsidised sugar as Malaysian households.

Furthermore, highly subsidised goods, which make these products the cheapest in the region, led to illegal smuggling of these goods, said Najib.

using fuel and sugar must also be changed because excessive use could quickly deplete the natural resources and not contribute to efforts at protecting the environment.

"With 40% of Malaysians who are now overweight or obese - and the rising number of diabetes cases - we must tackle what is clearly a public health issue for our nation," said Najib.
Time for Malaysians to CHANGE ( I mean change the government, folks) - watch this video:
courtesy of MM
Mohd. Kamal bin Abdullah at 10:28 AM